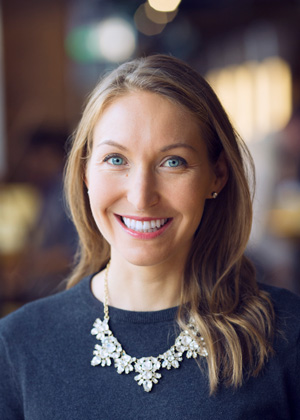 Leah Browning FranklThe first president inspired Farmers & Distillers and nods to him are seen throughout.

Farmers & Distillers in Washington, D.C., is a restaurant that stands for farm-fresh food, prepared well. But it stands for something else, too. The inspiration behind the décor of this downtown venue was George Washington, and nods—both overt and subtle—are found to the first president throughout.

restaurant development + design talked to Leah Browning Frankl, creative director for the company, about how she incorporated Washington into the design of the restaurant. 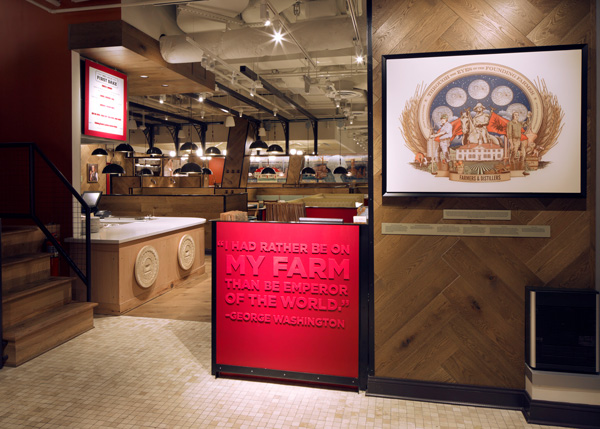 Why did you dedicate this restaurant to George Washington?

LF: Because he wanted to set a precedent as president. He was an innovator, an entrepreneur, and because he was both a farmer and a distiller.

The brand as a whole is very much inspired by our Founding Fathers who were not only the founders of the country but also our country’s first agrarians. We wanted to add value to the restaurant: We served food and had a bakery so we went deeper and said ‘What would Washington do?’ and we decided on distilling. 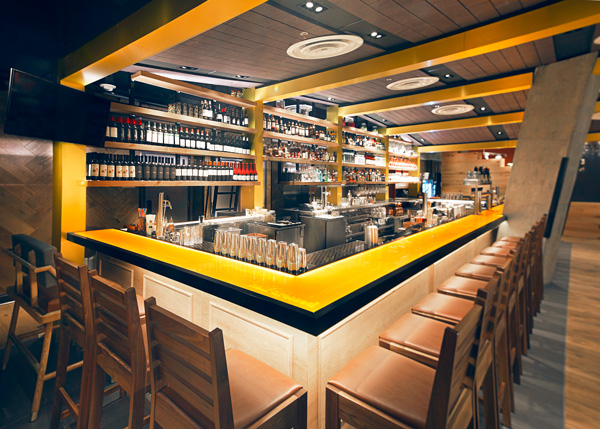 What aspects of his Mount Vernon house did you incorporate into the restaurant?

LF: The vibrant, pigment-rich colors throughout the restaurant were very much inspired by Washington’s own color palate at Mount Vernon and his statement-making selections for each of the rooms of his home. There are detailed records about his paint color selections, rug selections and the specifics of his interior design far beyond what we expected. The custom rug in the General’s Parlor is inspired by the pattern of the area rug in Washington’s own parlor at Mount Vernon.

The shape of the bar ceiling is inspired by Washington’s own farming innovation — a 16-sided barn, turned on its side and sliced — and the seating by the mural is inspired by the dramatic back porch of Mount Vernon. 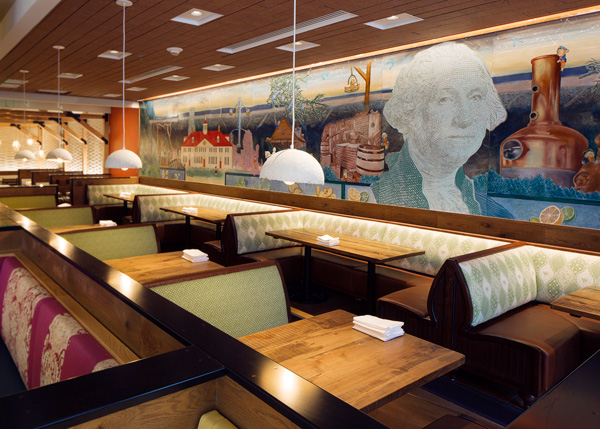 The mural is perhaps the most overt reference to George (along with the young George painting). Can you tell us more about this?

LF: This mural is the backbone of the restaurant and can be viewed from almost everywhere. It tells the story of distilling — past, present and future — throughout history, through the eyes of George Washington. It starts on the left with the ancient alchemists of Egypt, the original distillers, moving forward to George Washington’s distillery at Mount Vernon and then finally distilling as it is done today. 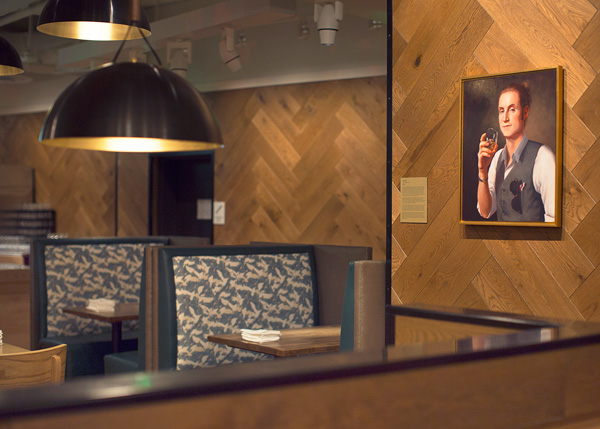 What inspired the painting of the young George Washington?

LF: This was very much the brainchild of Dan (Simons, co-owner of Founding Farmers). He loved that idea of a young, modern-day George Washington wearing all the fashions of today, painted in the style of a formal oil painting. And so “hipster manbun George Washington” was born.

What other nods are there to George Washington?

LF: Quotes from George Washington are etched into the top of the bar. We also have colonial-inspired columns that we’ve reinterpreted as modern and crazy and new. Many little details are scattered throughout the restaurant, which guests won’t always notice, but they are small touchpoints that allow us to have a much deeper connection with guests.

The paintings of Old Doll and Hercules — the original chefs at Mount Vernon — are unmissable. Why did you choose to include them and why did you place them overlooking the entire restaurant?

LF: We are proud to honor the chefs of Mt. Vernon — the enslaved chefs who would have been celebrity chefs today. We tried to bring their soul into the restaurant and celebrate them so there’s a real continuity with them. They’re intentionally large and towering over the dining room. We’ve deliberately flipped the story. These chefs deserve to be celebrated and probably never have been before.

The pictures have a magical realism twist with the William Morris wallpaper seeming to bloom, undulate and turn behind them and the feasts they are preparing. 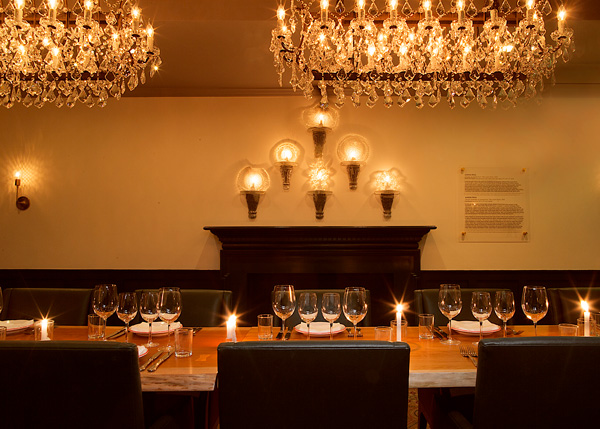 What gives the below-ground private dining room a feel of George Washington?

LF: Here it’s more about the era of George Washington and the room is very much inspired by the elaborate dinners George and Martha threw for their many visitors. The chandelier and sconces harken to a pre-electric time. The sconces were created from historic serving platter molds such as dessert plates and dishes. The wall covering in the entry is a modern take on a baroque wall covering, and the rug was inspired by the parlor rug at Mount Vernon.