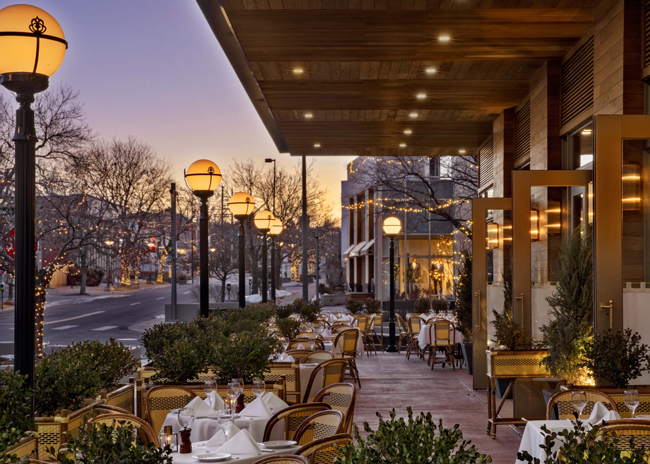 Across many northern states in the U.S., the weather’s rapidly cooling, which isn’t good news when the majority of your customers are dining outdoors. Here we offer up five best practices for extending the use of outside space.

Tents have cropped up all over the country this summer, offering al fresco dining in unexpected spaces. Now, as the weather turns, adding sides and space heaters may help extend the season.

Le Bilboquet, which has five locations including in Atlanta and Denver, is considering tenting the patios at these two locations, but costs are high. Attaching the tent to an existing overhang can significantly reduce costs, says managing partner Ilona Knopfler.

However, even with a tent or canopy, there still has to be good airflow. Knopfler is considering using a fully enclosed tent with electric heating and employing HEPA filters from the restaurant. She’s always weighing using propane heat with an open sided tent.

Vincent Celano is the principal and founder of Celano Design Studio in New York City. He’s working with mechanical engineers to look into portable outdoor units that can be integrated into the outdoors to create a flow of warm, controlled air that would bring fresh air into a tented area. Fans would blow it out of an opening from a partially enclosed canopy.

Celano also suggests creating igloo dining areas for small groups that are comfortable being together. This method entails isolating small zones to create a temporary, intimate space. The Envoy Hotel in Boston has a number of these igloos and has also asked clothier Helly Hansen to make long down jackets to keep employees warm. Aurum Food and Wine in Breckenridge, Colo., offers yurts with glass domes to provide private winter dining to guests. 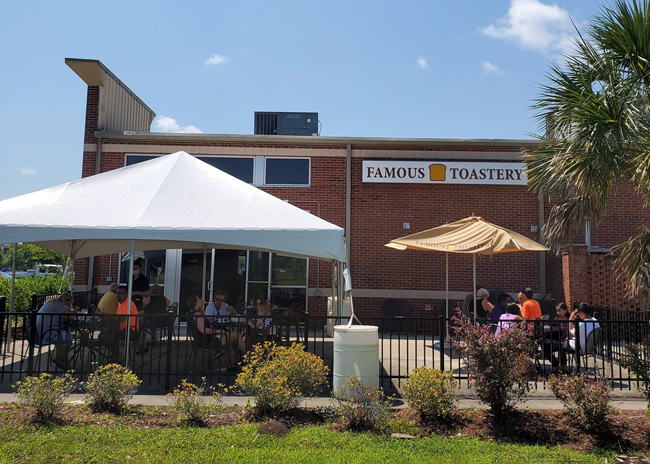 Famous Toastery, which has 27 locations in four states, is looking at adding heat lamps in locations where it has a canopy, and propane fire pits where it can’t feasibly cover its outdoor space. The heat lamps are short — around 10 inches high — to avoid melting canopies, says COO David Burgess.

The Charlotte, N.C.-based concept had to weigh the cost of purchasing canopies and propone tanks against the loss of potential business. A propane tank costs $20 to $25 and lasts for two to three days, he says, “so we should be able to more than make up for it if we’re turning the tables every 30 minutes.” The goal, says Burgess, “is to get 50 percent usage of our patios, and I’ll call that a win.” 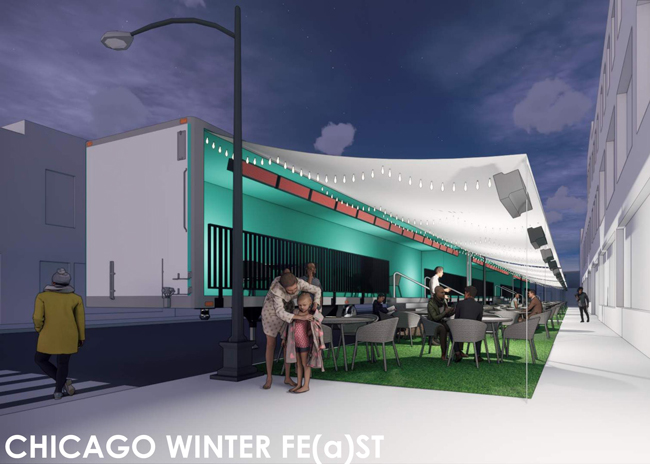 DMAC Architecture in Chicago has designed a proposal for its hometown’s Winter Dining Challenge. Soft-sided tractor trailers would be parked outside restaurants in streets or parking lots and attach to the restaurant via a canopy. The trailer would provide some seats with protection on three sides. Restaurant operators could heat the covered areas with heat lamps or fire pits.

These soft-sided trailers cost as little as $3,000, says Dwayne MacEwen, founder and principal of DMAC Architecture, and from there, “they’d require embellishments,” though they’re a great branding opportunity he points out.

The Winter Dining Challenge received a number of proposals. One from DXU Architects, suggests using “fire tables,” which incorporate a central propane burner underneath a glass tabletop, which would radiate heat, and gas would exit through a small hole in the glass. 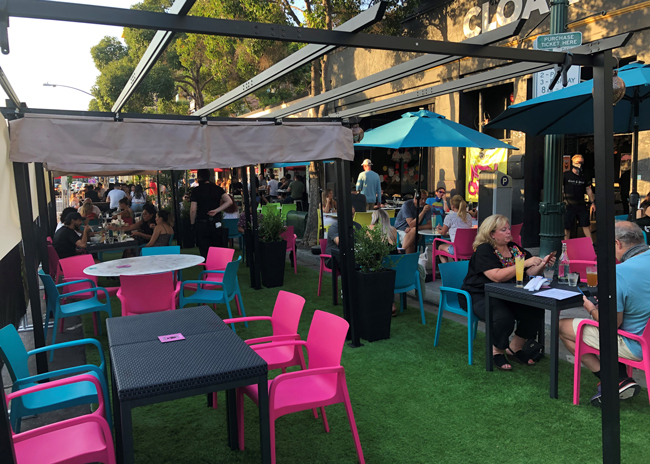 Even though Cloak & Petal in San Diego has perhaps the most consistent weather in the country, owner Cesar Vallin has had to weigh many options for outdoor dining. The biggest challenge, he says, was determining how much he was willing to invest. But searching for inexpensive fixtures paid off.  “Be patient and do your research when it comes to pricing,” says Vallin. “I bought $250 canopies at Walmart that are actually really great quality for our purposes; they don’t look cheap. If they only last a year or eight months, it was better than spending $5,000 on built-in canopies.” Vallin also shopped Chef City, Amazon and Home Depot.

Another important factor for Vallin was finding furniture that was stackable and light “so staff members aren’t breaking their backs on a daily basis. This helps morale and saves on labor.” 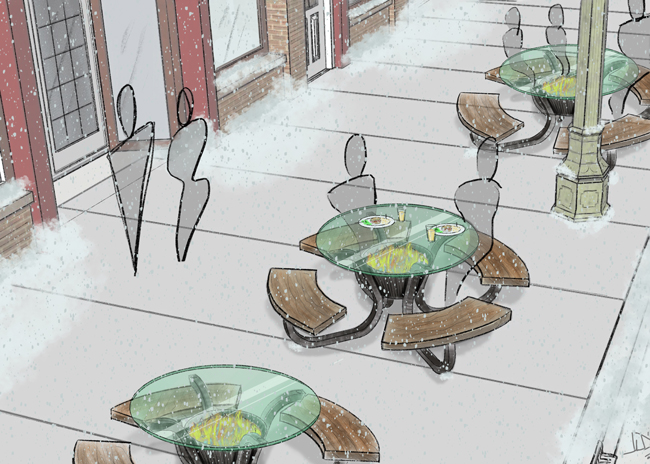 There can be a romantic feel to outdoor dining so Celano advises leveraging that and associating it with your brand. “Build a set design that enhances the outdoor space,” he says. “The advantage is it’s a great branding and marketing opportunity to bring your personality out in the street.”